The Spider and Hurricane Matthew

A few weeks ago, a spider stung its web outside the window that separates the kitchen from the backyard. When I washed my hands, cleaned dishes, or prepared a meal, I admired this spider. His size and color made him quite impressive. He sat on his web day and night. He didn’t move much, but on occasion, I found him snacking on small insects. 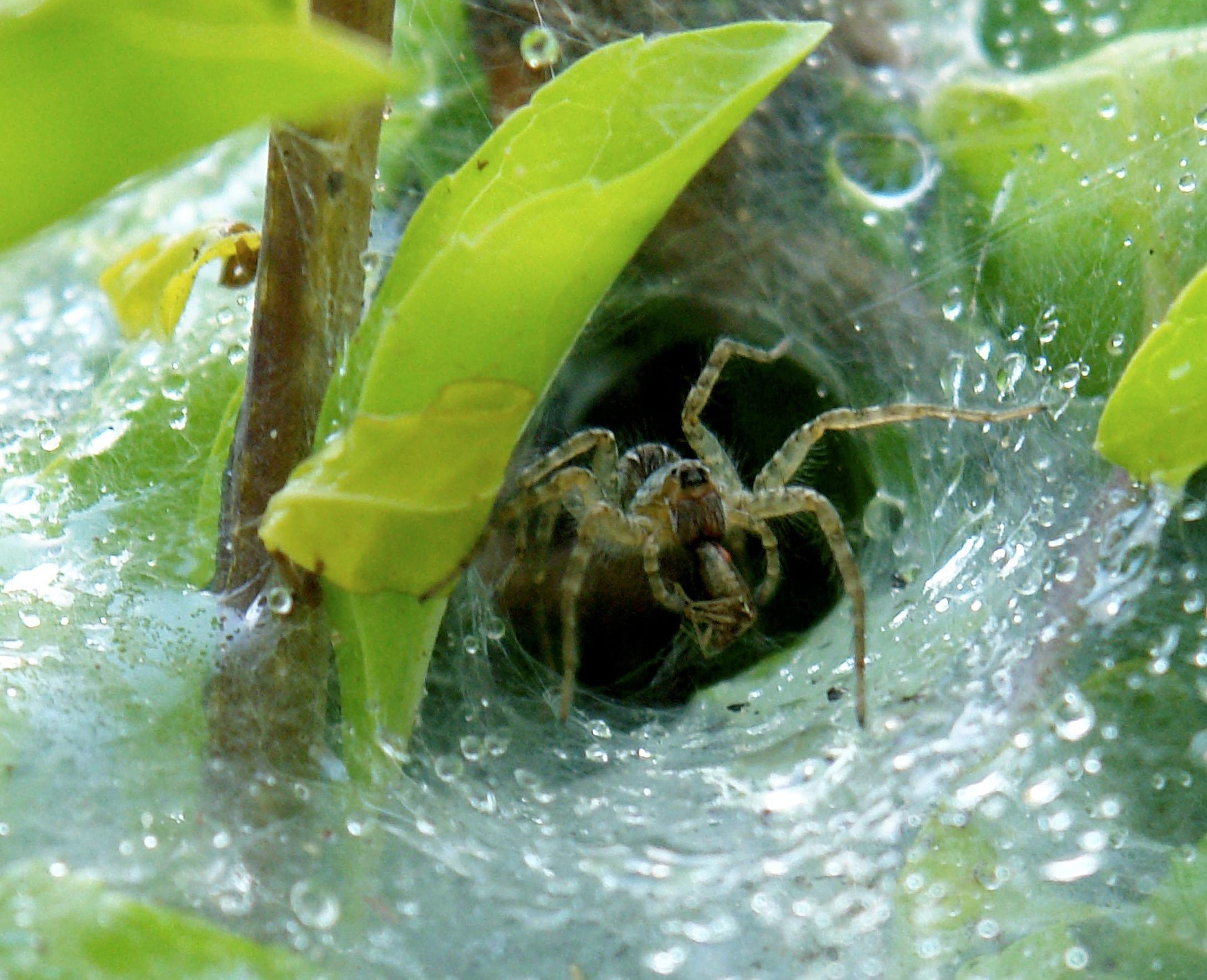 About a week ago, we learned that Hurricane Matthew may come to Virginia. I became worried. “What will the spider do to survive all that wind and rain?”

My roommate shrugged. “I don’t know.”

I washed my hands and stared at the spider. He didn’t know what was coming to him. “It’s going to rain a lot little guy. It’s going to be windy! Take cover!” The spider didn’t move; he treated each day like the one that came before.

When the wind and the rain came on Saturday night, I remembered the spider and stared through the window, hoping to see the spider hanging onto his web.

“I see him!” I told my roommates. It is rare that we are all at home at the same time. “We’ve got to give him a name.” He seemed to deserve one.

I squinted into the darkness and watched the dark blob move back and forth in the wind. I pitied him, but I was glad the spider was out there and not me.

The storm lasted about twelve hours. The next day, I saw him outside our window, and I thought about the strength it takes to weather storms. To hold on for your life. And in the end, you make it through. Though, you’re a bit surprised to be alive and in one piece.

Today, I looked for Jonah. I found him attached to his web, but his body was contorted in a manner that reminds you of death.

“He’s dead!” I said. It was chilly for the last few days. Combined, the storm and the change in temperature must have killed Jonah. I wondered if I should knock him off the web so that I wouldn’t have to stare at his misshapen form until a bird ate him or the wind knocked him off his web.

I was sad for a moment because he had been through so much. And I wondered if my metaphor about storms and how you make it though, beat up and weary, but whole, was actually true because the spider was not alive but dead. For a moment I felt discouraged. What if there isn’t as much hope as I believe there is?

An hour or two later, I walked back to the sink, and I saw Jonah there, not contorted, but sunning on his web with legs tucked under and beside him just like he had before the storm. Except for the web, which was hung somewhat haphazardly, a passerby would not know a hurricane had come.